The Rank Badge Jacket was inspired by historic Chinese garments whose emblems identify the social status of the wearer.  The type of bird indicates the rank of a civil official and the direction that the bird is facing indicates the gender.  The jacket in this project has two “rank badges” on the front that can overlay to indicate whether male or female.  On the back of the jacket is a double headed bird to further complicate the gendered situation.

The Sampler wall panel is a display of various flexible antenna designs that were tested in our studio.  The antennas are made of conductive silver threads.  In the background various “shadow” antennas embroidered in black-on-black suggest further possibilities for antenna design.

When the Jacket approaches the Sampler, it will trigger the LED array in the wall hanging.  Scrolling messages appear, addressing issues of women and embroidery in the 10th century as well as issues of deception in rank badge heritage.  The jacket’s movements will change the signal intensity, revealing new messages.  Since viewers are not allowed to wear the jacket, a Magic Wand is provided.  When waving the Wand, the spectator becomes participant by changing the scrolling texts in the matrix of the Sampler.. 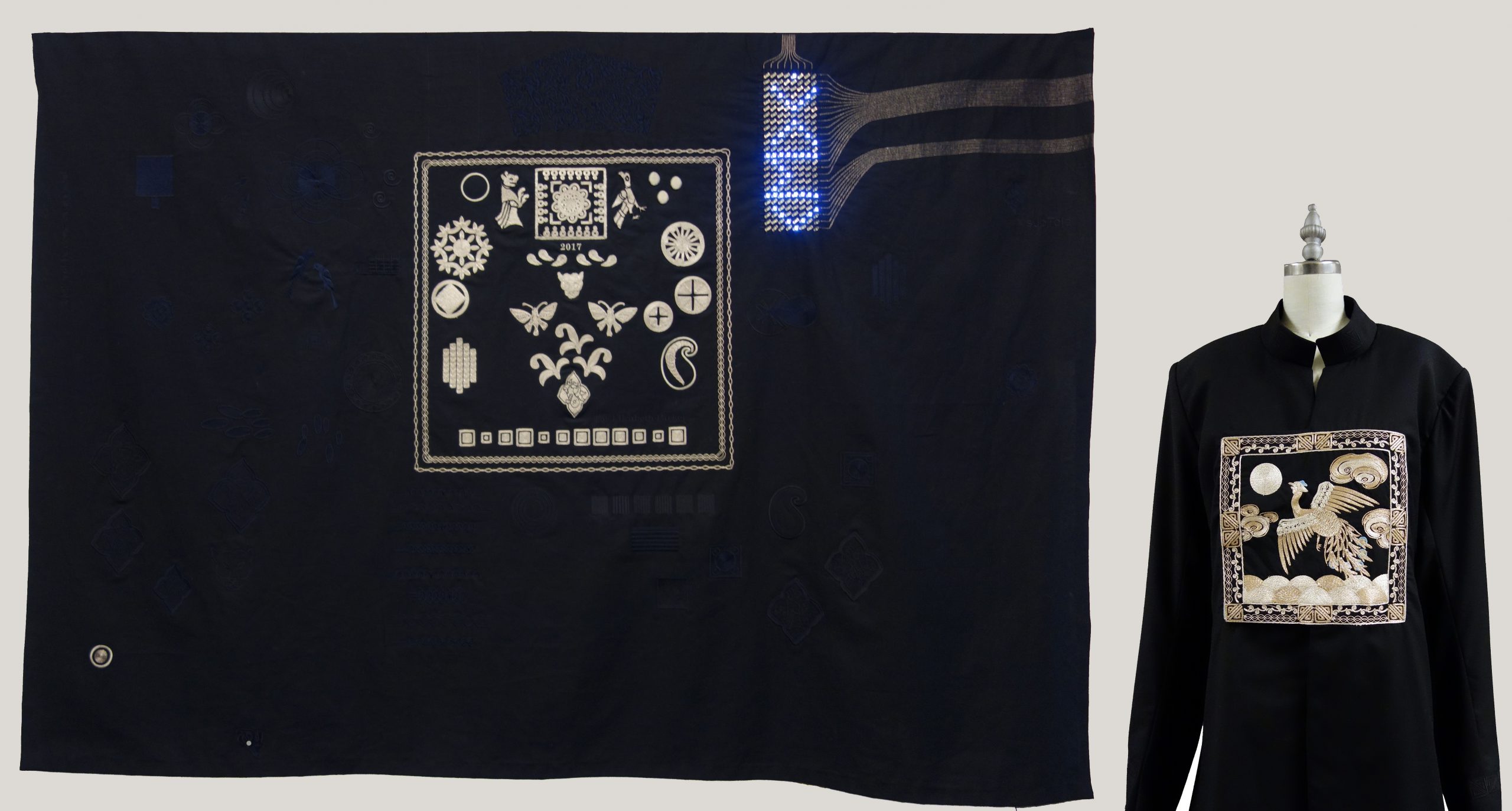 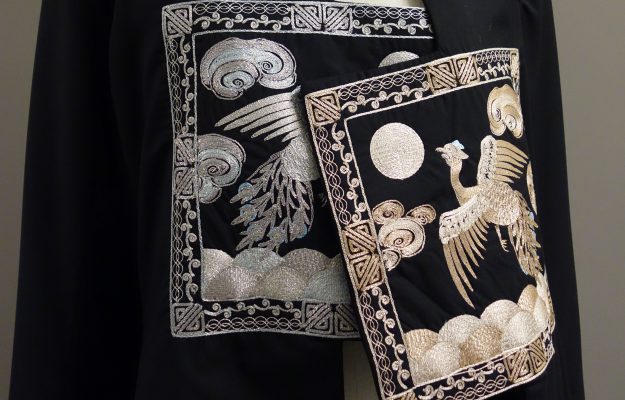 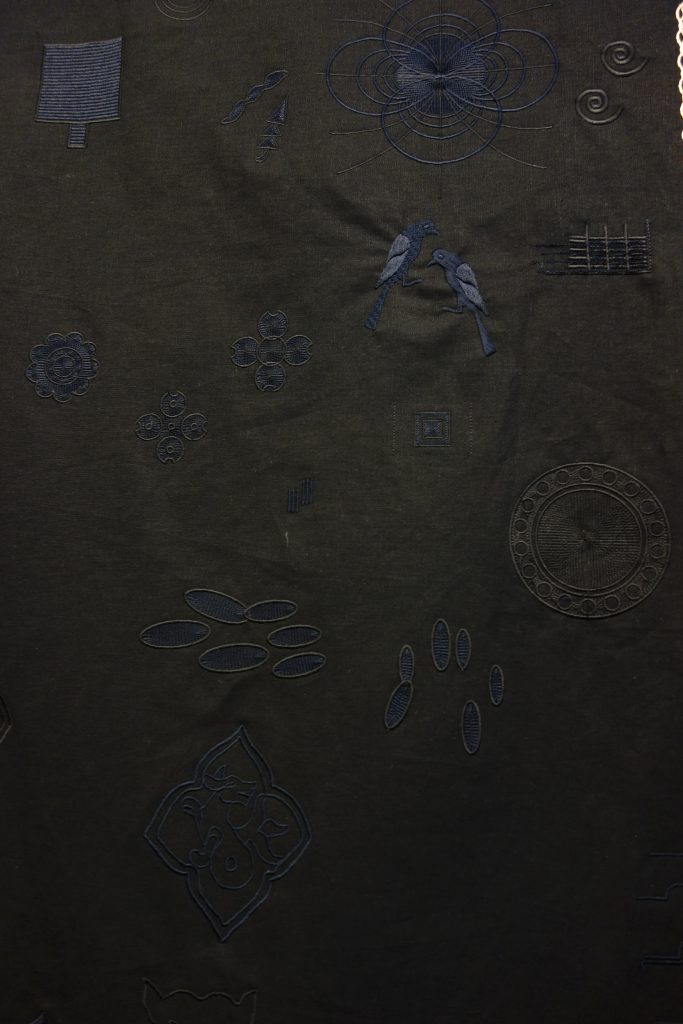 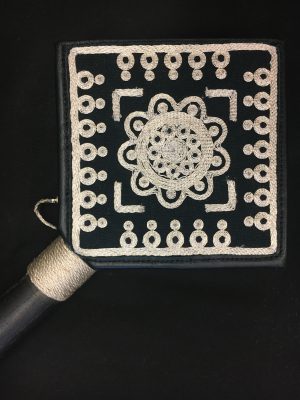 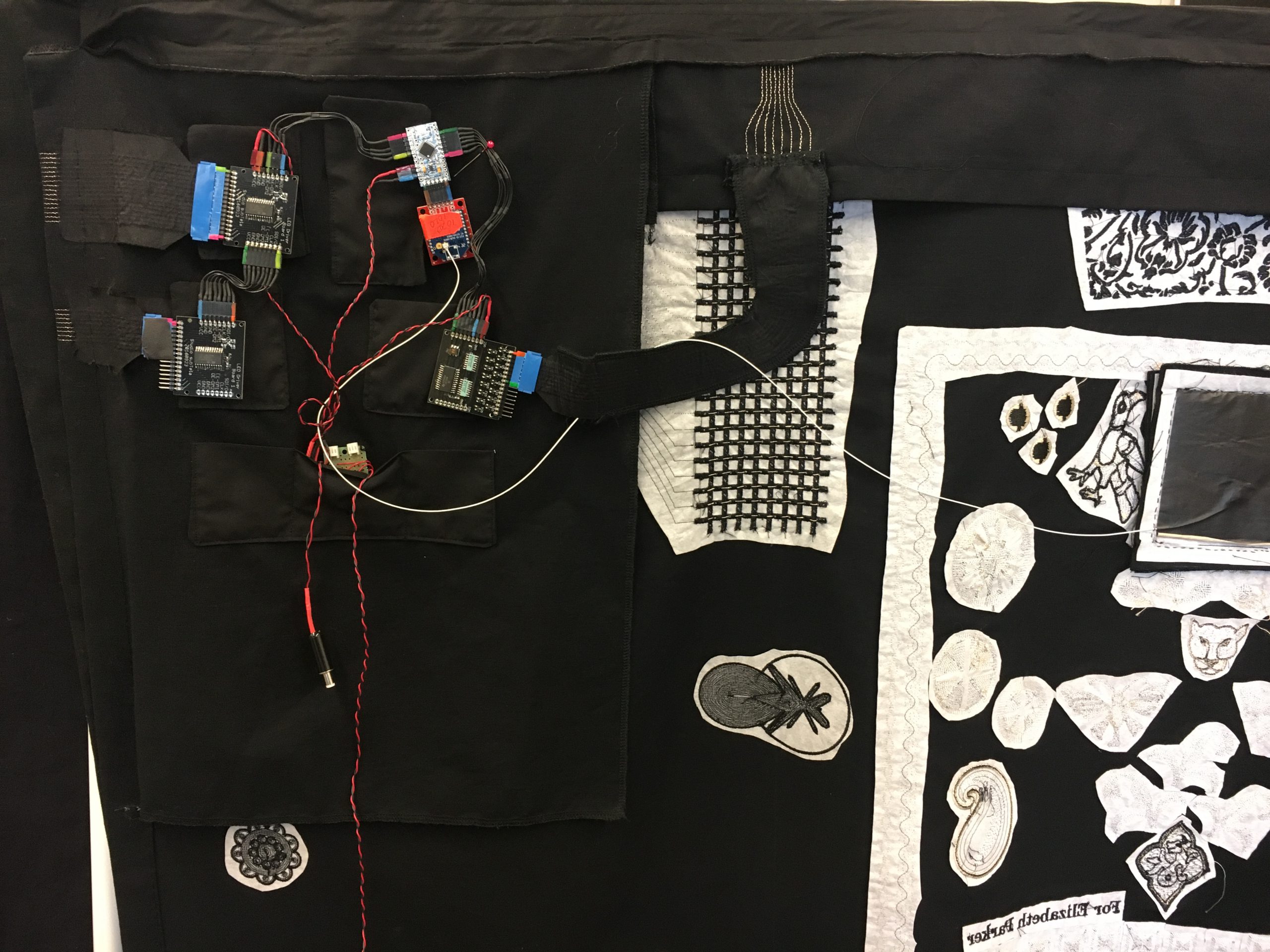